You are here: Home / Bible Study / They Did It All Wrong and God Loved It

The majority of the many people from Ephraim, Manasseh, Issachar, and Zebulun were ceremonially unclean, yet they ate the Passover in violation of what is prescribed in the law. For Hezekiah prayed for them, saying: “May the Lord, who is good, forgive everyone who has determined to follow God, the Lord God of his ancestors, even if he is not ceremonially clean according to the standards of the temple.”
The Lord responded favorably to Hezekiah and forgave the people.

Here is a great spot in the Old Testament showing people getting close to God–not by following the Law but by being sincere and turning to Him with all of their hearts.

God accepted them and they were so delighted in the Passover they continued it for another 7 days beyond the amount of time the Law required. The chapter ends with God listening and being pleased with all they had to offer Him.

This makes me think about all of the pickiness we bring when we go to church on Sunday. Here is God, overlooking some blatant screw-ups during one of His most important holy days:

Next time you are at church (if you know me, you know I’m the “you” in this sentence) and you want to gripe or be critical about the way things are being done, look at this hot mess in 2 Chronicles 30. Very little went according to God’s plan, and look what happened:

The Lord responded favorably to them as their prayers reached his holy dwelling place in heaven. 2 Chronicles 30:27 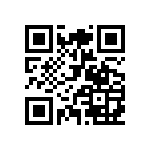 This was a Facebook comment from a thread that linked to the quote below. I wanted to keep it here because I think it's a helpful way to address conspiracy theory hobbyists. "Do you see how … END_OF_DOCUMENT_TOKEN_TO_BE_REPLACED